Mohammed Jimmy Mohammed (1958-2006) was a phenomenal blind singer from the bar circuit in Addis Abeba, Ethiopia. It was shocking news when we heard that he had died. On December 17, 2006. He was buried the same day. The week before his death, Jimmy was in hospital and the doctors found that he had a serious pneumonia, probably the result of another illness. They concluded that nothing could be done and they sent him home to die. What exactly was wrong we will never know.

Jimmy specialized in the songs of Tlahoun Gessesse, the greatest singer ever of Ethiopia. Still, Jimmy always remained true to himself and sang with both depth and passion, but his style was also improvised and swinging.

He was physically always really frail, his spirit and mind though, were incredible. He could sleep whole days, almost disappearing. But, when he was singing and performing, he was strong and fit like nothing on earth. The larger the audience, the stronger he seemed to be. We will never forget the classic concerts at the Moers Jazz Festival, the Banlieues Bleues Festival in Paris, the Paradiso in Amsterdam, the Grand Mix in Tourcoing and almost any other performance he did. This CD, his second on Terp, is in memory of his great concerts. All benefits will go to a special fund to support his family. 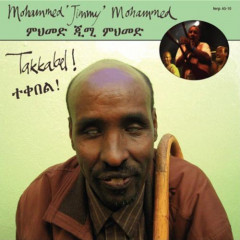 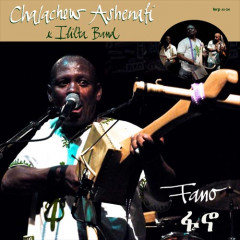 Chalachew Ashenafi, the legendary Gondar azmari (1966-2012) did some tours with The Ex in recent yea..