This is the sound of optimism and hope. Putoo Katare Yire or Wickedness Has No Home, is the title of Ayuune Sule's brand new album translated from Frafra, the language from Ghana's Upper East Region and Ayuune Sule's first language. Ayuune Sule is a master of the Kologo, the double stringed lute played by troubadours for spiritual and educational messages.

During his tours through Europe in 2018 and 2019 Ayuune Sule got crowds dancing with his new song “Don't Be Lazy”, telling the people that "when you dance, when you move, the sickness runs away and leaves your body free. Your body will be strong." Back in Ghana, he went into the studio and recorded a very catchy version of that song.

In the North of Ghana in Bongo near Bolgatanga, where Sule grew up, is the location of the Top Link Studio by producer Francis Ayamga. He has been on tour together with Ayuune Sule all over Europe as part of the band of Ghana's number one Kologo star King Ayisoba. Ayamga's studio is a magnet for local talents and musicians of the region, nationwide and beyond. In collaboration with Makkum Records much of Kologo Power and Frafra Power music has been produced there, shaping the scene that it is today. Even African Head Charge's front man Bonjo Iyabinghi Noah decided to check it out and ended up recording two songs there with Ayuune Sule for this new album.

Ayuune Sule brings the soul into Kologo Power. He is the main kologo star in Kumasi, the second city of Ghana and capital of the Ashanti region. Together with King Ayisoba, Guy One, Atongo Zimba and Sambo, he represents the generation that broke Kologo music outside of the North East Region of Ghana. In 2015 he released his 7" single with the songs “What A Man Can Do A Woman Can Do More Better” and “Who Knows Tomorrow” on Makkum Records (MR12), which brought him to western scenes and audiences.

In 2018 his first full length album We Have One Destiny appeared on Makkum Records and Rebel Up Records. A solo tour in Europe followed in 2018 and 2019, when Ayuune Sule toured extensively from Denmark to The Netherlands, Poland, Spain, Belgium and Bulgaria and became one of the biggest Kologo stars known. Because of COVID19 he was blocked from returning to Europe and decided to write an uplifting song about the corona virus, released digitally last summer on Rebel Up Records. After that he returned to the Top Link studio and recorded a full new album, featuring artists like Prince Buju and the legendary Bonjo from UK's outernational dub masters African Head Charge. The new album Putoo Katare Yire is a true explosion of high energy and catchy songs, Kologo driven, traditionally rooted yet aiming for the future. True Soul and Kologo Power coming from Ghana's Ayuune Sule, truly irresistible and touching. 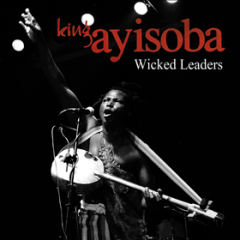 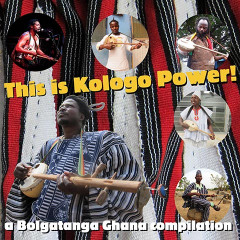 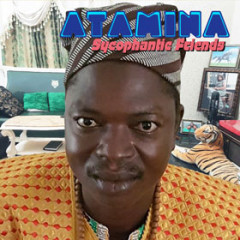 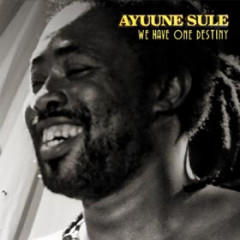