Magda Mayas is a pianist living in Berlin. Developing a vocabulary utilizing both the inside as well as the exterior parts of the piano, using preparations and objects, she explores textural, linear and fast moving sound collage. Christine Abdelnour, based in France but of Lebanese origin, is an alto saxophonist; she approaches sound as a malleable material, rich in concrete textures which combine breath, silence and countless acoustic distortions.

Both have styles that are idiosyncratic and distinctive, their sounds eloquently conveying the physicality of what they do – listening to their music conjures up images of them playing it. The pair interact to create complex yet coherent soundscapes, within which it is usually possible to disentangle individual contributions, as in a multifaceted conversation. Both musicians have a wide enough palette of sounds to keep things from becoming repetitive; on the contrary the pieces unfold and keep the listener engaged completely.

Mayas frames her instrument not as 88 keys arranged in tidy scales, but as a sonorous tangle of wood and wire, she produces sounds with a wide dynamic range, playing the whole piano, inside and out, including dramatic percussive effects from banging and scraping the frame of the instrument and the strings. Abdelnour has developed extended techniques and complex patterns of sound production, exploring the microtonal aspects of the saxophone and its high-pitched tones. she employs subtle tonguing techniques, unpitched breaths, spittle-flecked growls, biting, slicing notes and breathy echoing sounds from the bell of her horn. The 2 tracks were recorded at a concert organised by Radio France at Meteo Festival, Mulhouse. 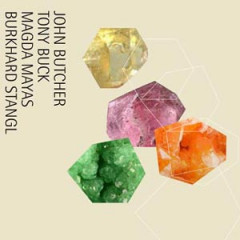 These two high profile trios are all inventiveness, and this is reflected in the way they were forme.. 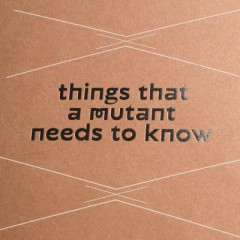 THINGS THAT A MUTANT NEEDS TO KNOW by Reinaldo Laddaga

A collection of fifty-five short tales and fifty-five brief musical works composed by a momentary co..